Villagers of the First Century did not live in houses designed by architects and built by contractors. In planning a house, they adapted their living arrangements to fit the topography – it was easier that way – and probably built much of the house themselves. Thus their building plans were more conceptual than specific, flexible living concepts that would ultimately be given shape by the lay of the land and evolve according to the needs of the family.

To create an accurate reconstruction, we had to grasp this process and recognise the patterns of ancient living arrangements – how they met essential needs for shelter, water and storage – in order to understand how they might have used our land to build their settlement.

Despite the tremendous gulf of time separating our world from theirs, we have considerable advantages to bridge that gap. We are able to study firsthand many of the settlements they left behind. We also have access to the same materials and are building on the same land. 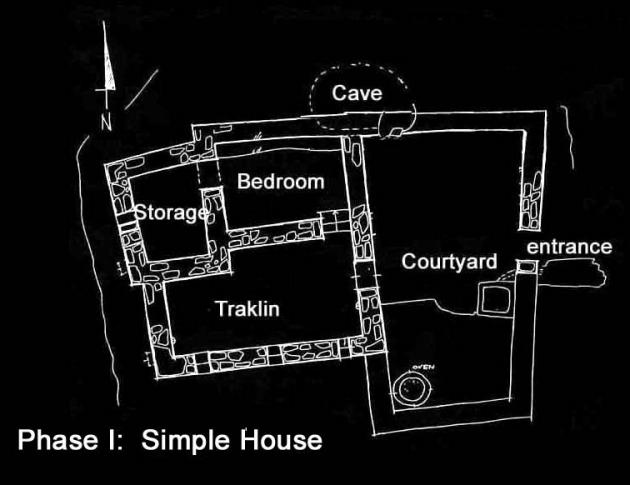 The actual schematic of the landlord’s house

Archaeological excavations of first-century agricultural settlements show that people usually lived in small rooms built around a central open courtyard. These houses usually began as what is called the simple house, a building subdivided into a relatively large room (traklin) with smaller rooms for sleeping and storage. This building would be attached to an open courtyard – furnished with a water cistern and oven – where much of the domestic activities (cooking, cleaning, weaving, etc.) would take place. In regions such as Nazareth, the soft limestone bedrock was often hewn into caves and underground complexes ideal for storage.

As the family grew, the offspring would marry and build additional living units around the same courtyard, transforming the simple house into the more complex courtyard house. Additional rooms and courtyards for crafts and other activities might also be attached. 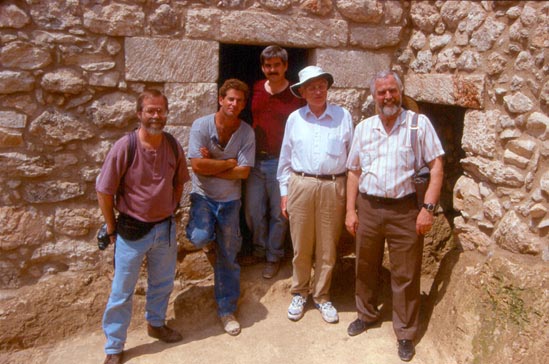