Faqua is an Arab village located on the southwestern slope of the Gilboa Mountains. The village contains several examples of traditional house construction, using many of the same materials – semi-coursed limestone walls with earthen mortars – of which we believe much of Nazareth was built. Such buildings are becoming increasingly scarce in the region.

We were particularly interested in the roofs of Faqu’a. This example illustrates the layered sequence of flat roof construction, with timber-supported cane mats retaining layers of earthen plaster. Archaeological excavations sometimes recover fragments of hardened plaster with reed impressions, generally assumed to be from roofs. To reconstruct our houses it was invaluable to examine all the components of a functioning roof, and have discussions with those who built them. 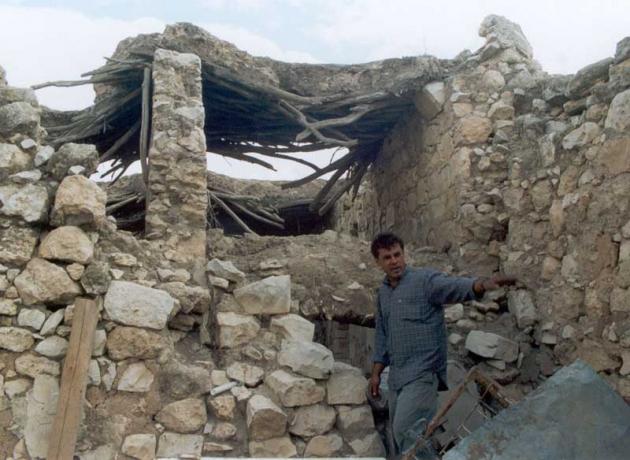